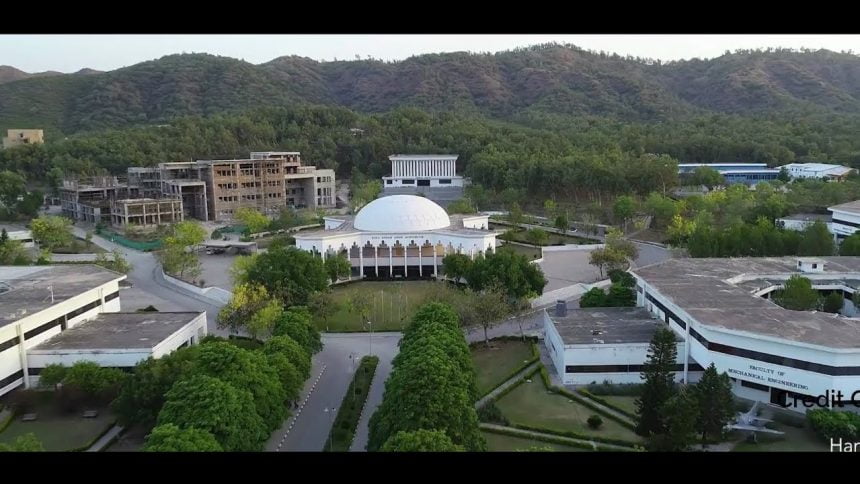 The Ghulam Ishaq Khan Institute of Engineering Sciences and Technology (known as GIK) is a private sector research university located in Topi, Swabi, KPK, Pakistan. GIK has eight academic faculties which keenly focus on science & engineering and enrolls over 1600 students; GIKI covers about 400 acres (1.6 km2) in the district of Swabi, KPK.
GIK was Founded by a bureaucrat and former President of Pakistan Ghulam Ishaq Khan in year 1993, since the institute is establishment, it has attracted the many influential scientists in the country including Abdul Qadeer Khan, Shaukat Hameed Khan and Asghar Qadir those had played important role in uplifting GIKI as one of world’s best institute of science and engineering and HEC racked GIK as one of the top institutions in the country.